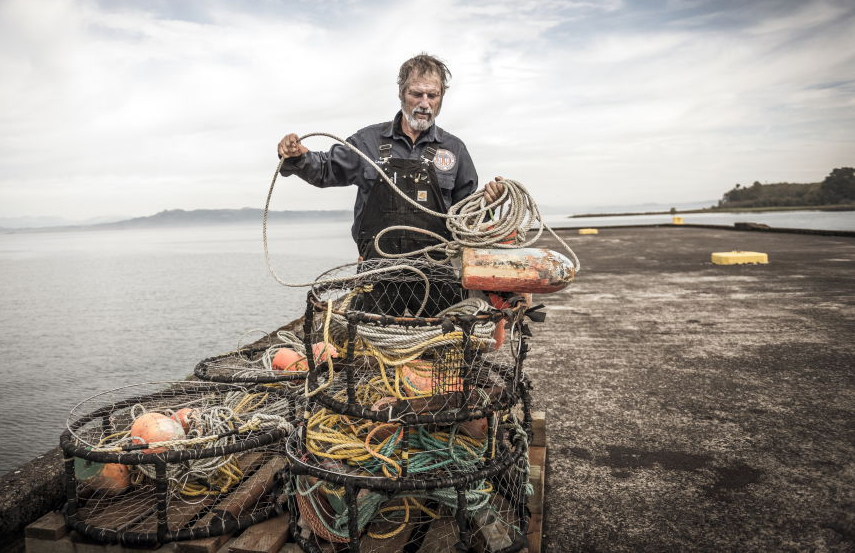 T.S. Eliot was immense and wise, but no one, not even the sagacious Eliot, could have seen how historically cruel this particular April would be. Yet, on the whole, we’re all still trying to get by. Some of us are even trying to brighten the corners. So a word here about the Rhodeo Poets, a writers’ group that was formed by two Jamestown, Rhode Island shell fishermen and poets, Jay Primiano and James Geary.

Under normal circumstances, the group, which varies in size from less than ten to two dozen or more, meets twice a month at two different venues, both on the island of Jamestown.

On the second Thursday of each month, members read at a local microbrewery called General’s Crossing. On the fourth Thursday, the Jamestown Philomenian Library hosts the group, which has, on occasion, included yours truly.

Since public gatherings are in a holding pattern now, artists have come up a number of unique ways to get together. Not only  has Covid-19 not stopped the Rhodeo Poets, but they’ve actually stepped it up. The group now meets once a week via Zoom, which Geary describes as a “portal to poetry.”

Dovetailing the effort to keep the words flowing, Lynnie Gobeille, poet and Jamestown Library  staffer, has been posting prose and poetry on the Library’s Facebook page and will continue to do so throughout the month of April, which, of course, is National Poetry Month.

Of course you knew where I was going with this—here’s the link: https://www.facebook.com/jamestownphilomenianlibrary/.

Please check it out, and don’t be surprised if you see a Rhodeo Poet or two there.

Here Comes Herodotus, Again (and other microhistories) is now on sale! Order here.

A limited number of my chapbook, Here Comes Herodotus, Again (and other microhistories),which is part of the Online: Journal of Arts & Letters 2021 Chapbook series, is available here at Just Between You and Me. The price listed below includes shipping. …

Lyrically, Bill Nelson’s songwriting seemed to ascribe more to the ethos of another underrated band of the era, Blue Oyster Cult, and their code language of flames and futurism, than any other contemporaries. And even these similarities are more subtle than striking.

Read this: “Act Three” at Shark Reef, a Literary Magazine

Blazes (originally published in the Ocean State Review Volume 1: No. 1)